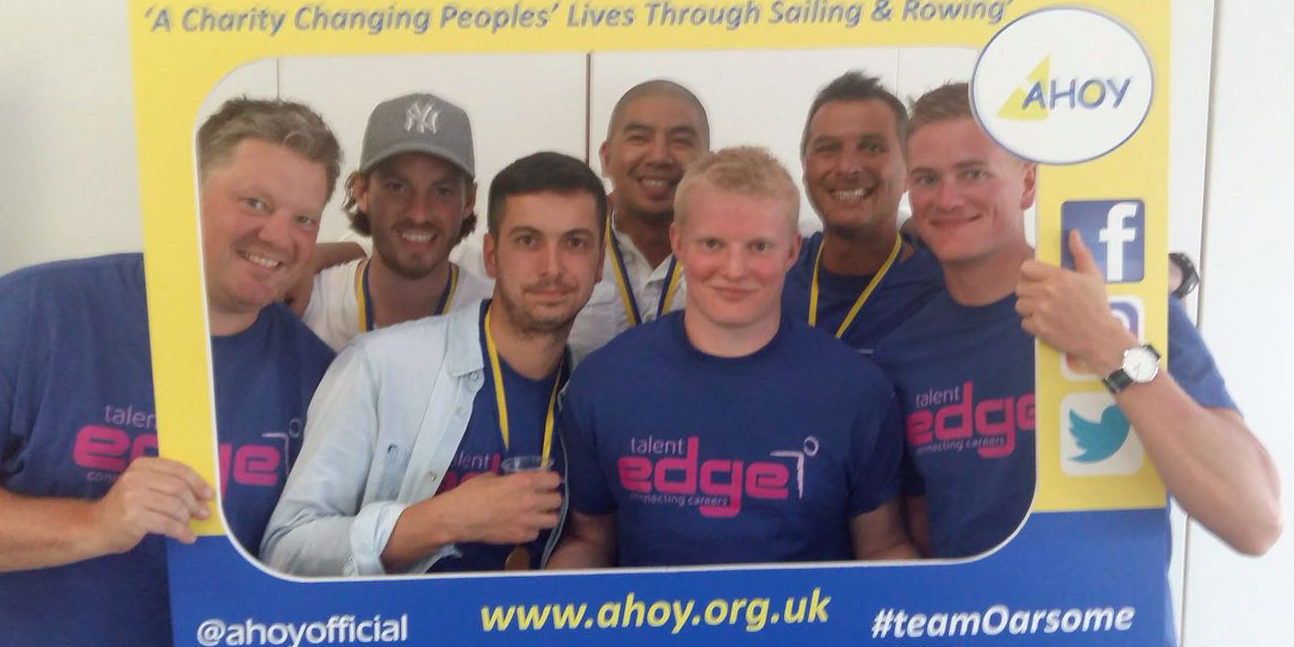 On Saturday Simon, Robbie, Jonny, Stephen, Luke, John and Charlie woke up bright and early for their 50k rowing challenge. Having only trained four times on the river they were a little nervous about how the journey to the Queen Elizabeth II Bridge and back would go! After a quick safety briefing they were taken out to their boat, where they immediately began customising it with a memory foam mattress and duct tape, saving them from many uncomfortable blisters.

The challenge began shortly after 10am, the highpoint of the tide allowing the team to almost reach 15kmph. Thanks to excellent conditions and sunny blue skies they made excellent time as they rowed out of London and down to the Dartford crossing, finishing the first 25k in one hour thirty-six minutes. They took a break on one of London’s ‘beaches’ (a mud bank) looking out for the promised seal colony – while walking off to see the sights Robbie sank into the mud to his knees and had to be rescued by Johnny and Stephen.

The conditions worsened on the way back so they set off a little earlier than planned to avoid the coming torrential rain. Despite their exhaustion and blisters everyone gave it their all, fighting against a strong headwind that stopped them reaching the heights of the first lap, but ultimately pushing through to sustain a strong 13km an hour. Some creative coxing kept them in the fastest-flowing areas of the Thames, narrowly avoiding a few giant boats and leading to a second lap of one hour and fifty-eight minutes, giving a total time of 3 hours 34 minutes – smashing the record and beating the next team in by over an hour. After hot showers, a change of clothes and a brief awards ceremony they celebrated their win with colleagues that came out to meet us.

We’ve almost reached our target of £4,000 for the Ahoy Centre, a water sports based charity that uses this unusual focus to work with the disabled and lesser abled, providing them opportunities that they otherwise wouldn’t have. These simple outgoings can be life changing, allowing them to work as part of a team while improving their social skills, confidence and a host of other skills. Our donations page will be open for a few weeks after the event – you can donate here.

Thank you to the team for their phenomenal performance, as well as everyone that supported and sponsored us along the way.