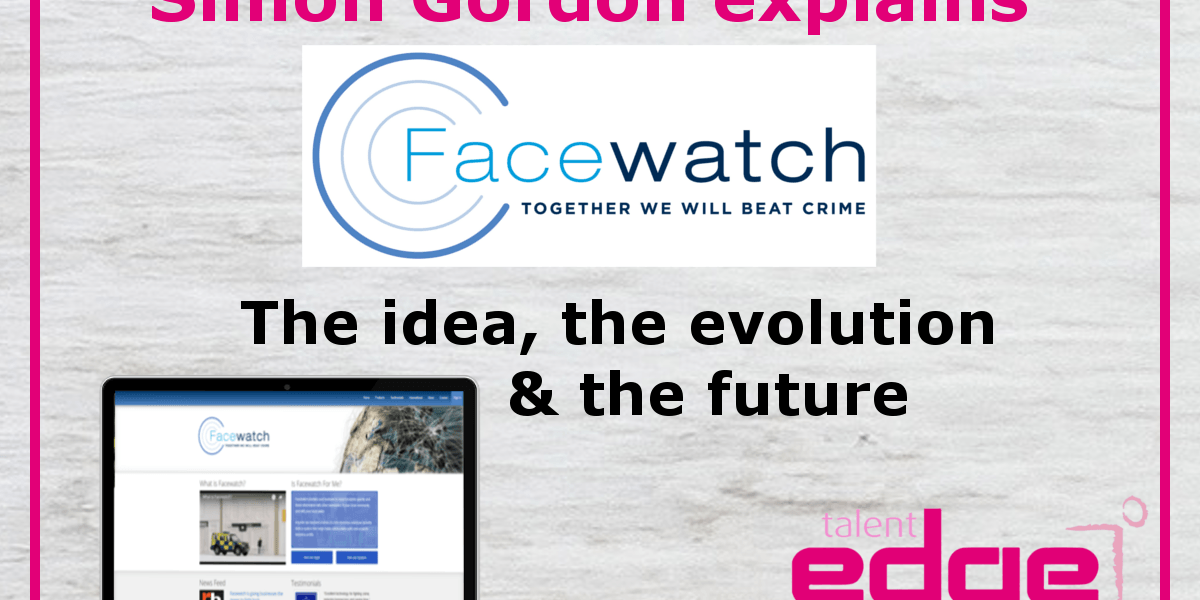 I recently had the pleasure of interviewing entrepreneur Simon Gordon, who shared with me insight into his business and also his journey from ACA to becoming a Tech Entrepreneur (which you can read here).

We’re an independent cloud based crime reporting system, approved by Police and Crown Prosecution. We allow businesses to share incidents in secure locally networked groups and to send reports to the police with documented evidence.

Our USP is that our facial recognition is completely cloud based. This is completely ground breaking as it’s never been done before. Our secure platform enables fast, effective crime management and communications between the thousands of local businesses and many police forces that use it.

What is your role within the business?

I’m CEO and Chairman. I also currently head up the finance and legal departments.

How has your business developed since its conception?

We have also now launched a mobile device that enables instant communication (like a radio and mobile combined) and have launched a product with Mitie who  can now report live-time crime from their monitoring station. We’re also moving into pre-crime potential incidents with facial and number plate recognition, alerting business owners if someone known to be an offender enters their premises.

How integral have your team been in the development of your business?

The right team is essential when building a technology startup. We’re fortunate to have a very strong team, which is crucial as we change from being driven by a founder to a structured business.

How do you feel about being the only system to be granted the “Secured By Design” status from the Police?

It’s an amazing recognition. The SBD team wanted us to succeed from the beginning; it took us just nine months to get our special status. We’re also used nationally by The Crown Prosecution Service, which we’re also extremely pleased about.

What does the future hold for Facewatch?

Following a successful pilot in Brazil we will be launching face recognition in the UK and will be adding analytics such as age and sex for marketing purposes, so we’re anticipating a strong reaction to our own crime tech. We’re also looking for a trade sale or IPO in the next three years.

Facewatch has in practice reduced crime in town centres and retailers by around 30% which is a significant number – for example if applied to a typical UK national retailer with 1,000 stores this would amount to £35m pa!  The ability to reduce the cost of crime which typically wipes out between 25% to 33% of retailers pre-tax profits so significantly is something that is only now being recognised by the retail community.