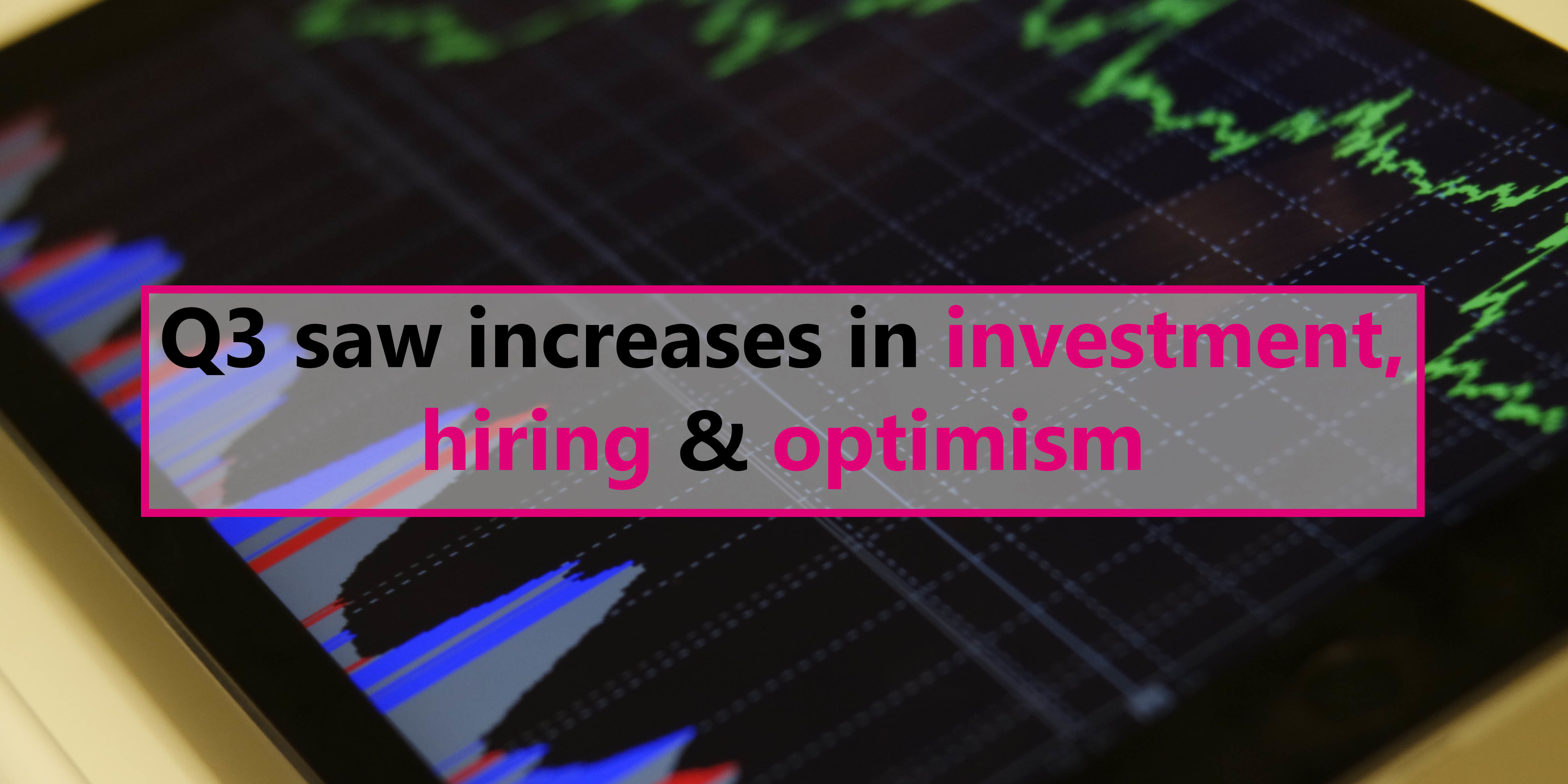 Hiring rates have remained strong throughout 2017, in spite of economic uncertainty whilst businesses attempt to work out the implications and protect against Brexit. The Deloitte CFO survey for Q3 2017 has shown optimism cautiously returning to pre-Brexit levels as anxieties over long-term impact have slowly begun to ease.

Investors are keen to spend – principally in disruptive technology businesses. After equity investment throughout 2016 and Q1 2017 stayed below peak times, it’s great to see that last quarter investment ramped up to an all-time record. And it’s not a one-off. Investment in Q3 came close to matching Q2’s record highs – £2052.15m vs £2094.90m.

Developments in open source software and cloud infrastructure are contributing to the high number of startups. The UK and London in particular can support startups beyond the early stages of their growth. There are a record number of startups and a record amount of investment into startup and SME growth – positive news all round! London’s tech scene has shown it’s fully capable of attracting large amounts of overseas investment which combined with our own government’s investments into digital infrastructure leave London as one of the top international tech hubs.

While the tech sector is performing especially well in industries using cross-functional expertise, e.g. financial services, pharmaceuticals and media using breakthrough technologies like AI or VR, there’s also positive news for Adtech & MarTech. New figures have shown UK ad expenditure grew 3.7% to £10.8bn during the first half of 2017 with digital out-of-home now making up 54% of the market. Ed Lascelles, Head of Technology Investment at Albion Capital has suggested that this is because of the increase of data-driven marketing, allowing for relevant & personalised ads with reduced wastage, resulting in stronger brand ROI. As the use of disruptive technologies like AI and machine learning increases the overall UK ad spend is likely to increase in tandem.

This increased investment and optimism was reflected in hiring levels, as advertised job vacancies increased 12.2% over Q2. Salaries are also rising at the fastest rate since October 201 so there’s plenty of mobility for job movers.