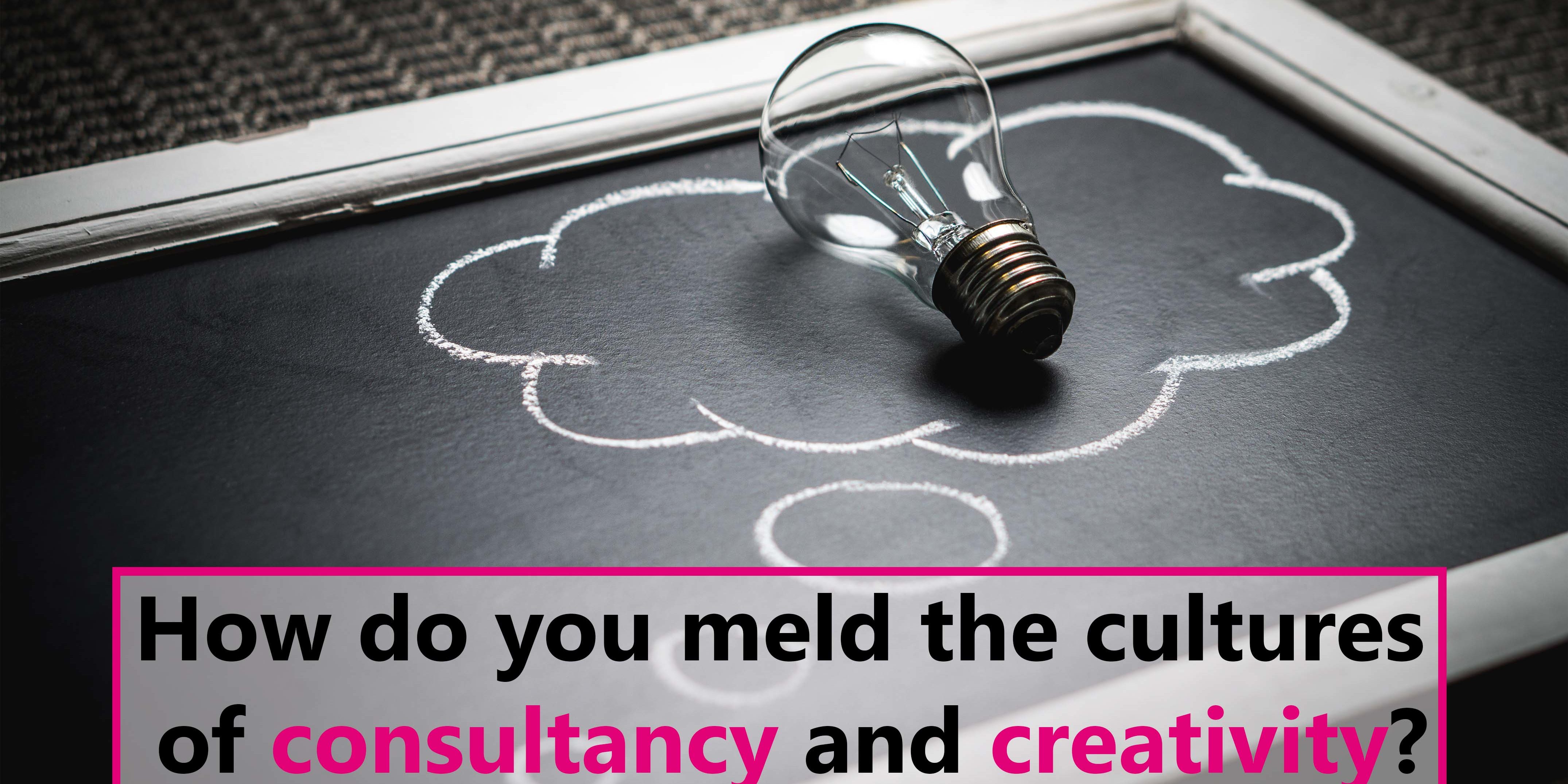 Lately rumours have been circulating that Accenture Interactive is interested in acquiring WPP and Publicis. Putting aside the logistics of such a monumental deal, this leaves Accenture with an interesting problem and one that they faced last year after their acquisition of Karmarama – how can they meld the two distinct cultures of data-driven consultancy and creativity?

As data and AI become standard in every sector and discipline more agencies are facing this dilemma. The CEOs of creatively-led companies know that creativity can’t be produced on a production line; creatives require a certain environment to produce their best work. As you can imagine, this can easily clash with the highly organised environment needed for data and stats.

At the time, Accenture and Karmarama decided to solve the problem by keeping their two cultures separate. Senior teams had some level of mixed-discipline talent, but more junior teams were kept in their separate cultures so they could produce their best work. This approach may have worked for an acquisition, but it’s not so feasible for SMEs and startups offering a mix of creative and data driven offerings. Similarly, you can’t a run a company with separate rules for different teams.

While creative talent works best in certain environments we shouldn’t pretend that they’re strangers to data. Basic analytics on campaign views and results are industry standard and even the oldest creative executives rely on the feedback to improve their campaigns and retain their clients. Fears that everyone having access to the same data will reduce creativity and result in identical outputs have long since been put to bed and creative individuals in all professions are learning to use data to optimise their products.

Last year IBM made headlines when their cognitive computing platform Watson created a film trailer by processing over 100 horror films, selecting six minutes of footage. But a key takeaway here should be that while a computer selected the scenes, it still required a human to put them together. This is the kind of AI/creative merger that we can look forward to in the future; the use of data and AI to produce options and reduce production time, with a creative individual to put together the final product. In the case of Watson’s film trailer, a standard 30 day production time was cut down to ten hours.

Accenture and Kamarama may have chosen to solve this issue by operating as separate cultures, but creativity and consultancy are becoming more aligned as the use of data analytics and AI usability increases. The distinction between data professionals and creatives is lessening, especially as new talent with different skills enter the market. Ultimately we currently don’t have a perfect way to meld the two cultures, but as we move forward more companies will tackle the issue resulting in new and innovative solutions.

For now, if you’re struggling to manage data and creative professionals, remember to avoid pushing creative minds through rigorous processes. Letting your data team take responsibility for this while holding the whole team accountable for the overall results should create an environment that will allow both disciplines to function at their best.