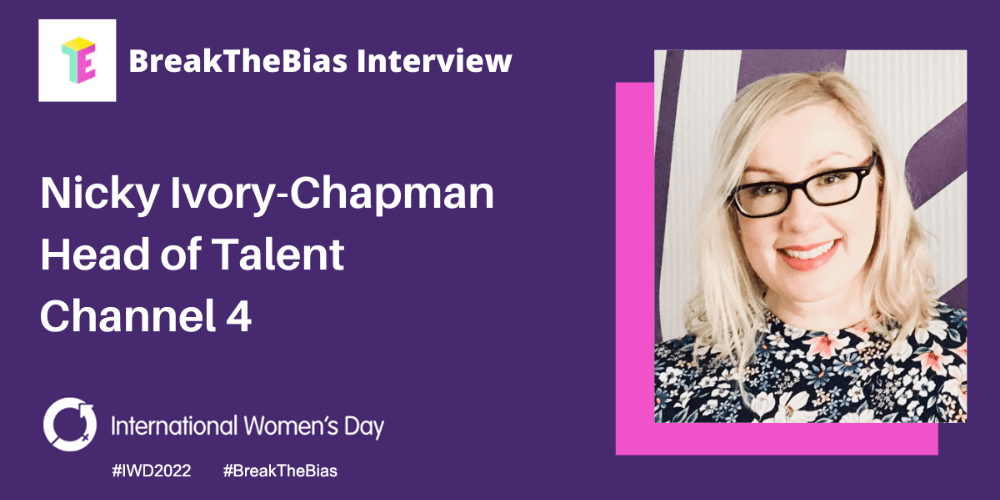 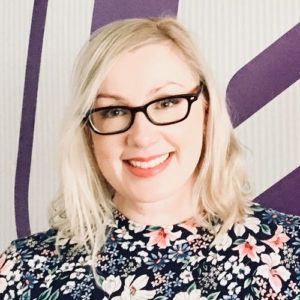 She’s a passionate believer in removing barriers that prevent people accessing opportunities and has spent the last 6 years at Channel 4 helping the broadcaster continue the amazing work they do as champions of diversity, equity and inclusiveness.

What does #breakthebias mean to you in regards to your role and responsibilities as Head of Talent?

I love this year’s theme and the focus on breaking down stereotypes, and while there’s been a lot of progress since I’ve been in the workplace when it comes to gender inclusion and equality there’s still some way to go. For me #breakthe bias is about “how can we educate the whole organisation?” It’s not just down to HR and Talent, we are only going to make progress in this area if everybody understands what bias is, they’re aware of their own bias and of how it manifests itself. You can have the best recruitment marketing and selection process in the world, but if you don’t have an inclusive culture you’re not going to retain those people. My focus is on creating that inclusive culture and then marketing it out rather than just focusing on the candidate attraction piece.

Channel 4 is known for championing inclusiveness, challenging stereotypes, and celebrating difference – does that make your job more difficult?

In some ways Channel 4’s reputation makes my job a lot easier. The brand is a massive attractor because people know who we are, it’s a brand that people can access quite easily and it is a well-loved British institution. We have a clear purpose and we are recruiting people who match those values.

Having said that, it also means we have to live up to that reputation and we’ve always regarded that as everybody’s job and everyone at the channel takes that really seriously. A few years ago we didn’t even have a specific D&I department, we had a taskforce which brought together people from every department and we worked together in moving our D&I journey forward – it actually worked really well because it was baked into everybody’s jobs and their objectives and you had every part of the business involved. We’ve since invested in a dedicated team because we wanted to do even more. Channel 4 were doing pioneering work but other organisations caught up with what we were doing, which is brilliant because our role is about lifting the whole sector, but then that means we can be even more ambitious.

Channel 4 has set some ambitious goals to be met by 2023 in regards to the diversity of its workforce – Could you tell us more about those targets?

We have those targets partly because we are a public sector organization (although privately funded) but also because our sector was not representative – TV was a world that was quite hard to get into if you didn’t have the right connections and access was reliant on knowing people who could give you work experience and on having financial support in order to do unpaid internships. So we had further to travel than other industries that had less barriers to entry such as retail and hospitality. We have been setting targets since 2015 and while they appear to be quite stringent they are actually based on UK demographics. We want to be representative of the UK and we are on track to meet all of them and in fact we have already exceeded some of our 2023 targets.

We also monitor applications, staff turnover and pay gaps  across those demographics.  We need to know the data – until we know where we are then we can’t create positive action, our data informs our decision making.

What methods do you employ or tools do you use to ensure you are attracting as diverse a range of candidates as possible?

It’s a culmination of lots of different things that ensure we attract a diverse range of candidates.

Sometimes the answer isn’t as obvious as it seems. An example of this are the job boards we advertise on. I did a piece of research with all  of our  Employer Resource Groups in order to find out which job boards people use when they’re looking for a job and actually the results indicated that it wasn’t necessarily the case that they primarily go to a job board that’s marketed specifically to them. So we can’t just concentrate on those very specific job boards when looking to increase the diversity of our applicants. Research like that then informs me where I spend my recruitment budget.

We focus on showcasing our employees as role models on social media from groups where perhaps we feel we aren’t getting enough applications. That’s not just about showcasing our most senior people, if we notice that we are not getting enough people from a particular demographic  for our early talent programs for example, then we look at interviewing and publishing content featuring more junior employees to attract more young people from that group.

A few years ago we did some work around increasing socio-economic diversity . To remove a financial barrier for our early talent schemes  we introduced a relocation allowance. When people relocate they have to find money for deposits and rent which can be really hard, particularly when it’s your first job. So we removed that barrier to entry for many people so they felt they were in a position to apply for apprenticeships  at Channel 4 – that makes a huge difference when we are advertising roles and attracts more people from diverse backgrounds.

Another really useful tool is the video interviewing platform we invested in when we were setting up our HQ in Leeds and hubs in Bristol and Glasgow in 2019. The platform gives us the option of on-demand interviews which allows applicants to record answers to the questions when it’s convenient for them.

This means that people don’t have to travel or take time off work to interview and also means that if a person has s parenting responsibilities they can record the interview in the evening after their children have gone to bed so it increases accessibility . It also means more people can be involved in the hiring process so decision making doesn’t sit with one person which overcomes possible bias and we are able to interview more people which helps with diversity because we can include more candidates in the same timeframe as we would have used for in-person interviews. So it’s proved to be a really useful tool on many levels for increasing diversity and reducing bias in the hiring process.

While businesses like Channel 4 have been working to overcome hiring bias for some time, others will be beginning the journey. Where do they start?

Businesses need to ask themselves “where do we want to get to?” and “where are we now ?” and then make your plan on how you get there. For small agile businesses you might be able to effect change quite quickly but for most businesses it will be a longer journey and some things won’t work first time. You’re not going to necessarily be able to tackle gender, sexuality, and ethnic representation all in one go. You might have to focus on your area of most need.

You have to look at all elements of the employee life cycle and tackle both the culture internally and the hiring process at the same time.

Are they any other organisations other than C4 that you really admire for their approach to D&I and why?

I think the BBC have done some phenomenal work, for an organisation of its size and complexity. I also look at the financial services industry and some of the banks were pioneers in talking about increasing representation. I think back to some of the work Barclays did years ago around social mobility and helping people from lower socio-economic groups  get into  banking.    I also have to give a shout out to my old employer McDonald’s who employ over 100,000 people in this country and for most of them it’s their first job, and regardless of their background or education level they all have access to the same training and the opportunity to progress and build a lifelong career there.

But I think any business that commits to do something should be commended whether you’re a five person start up or large business with a lot of resources.